White-naped tit. A pride of Kutch!!

February 15, 2015
White-naped Tit (Parus nuchalis) is a rare catch one would envisage to sight on the trip to Kutch.  As for as I was concerned, it was a 'do or die' situation. This was one of the rarities, without which I was not willing to go back. Fortunately, we were based in the village of Motivirani, adjoining the town of Nakhatrana in Kutch. Many sightings in Gujarat have come from this specific area. This is because, this bird is a dweller of a very singular and typical habitat. The typical terrain is a dense, scrub like vegetation and consists primarily of small, thorny trees. Main species are, Acacia catechu and Acacia nilotica, that shed their leaves seasonally. These trees typically do not exceed 10 metres in height.

Endemic to the India subcontinent,the White-naped Tit occurs in two distinct and small populations. One in the northwest areas of Gujarat and Rajasthan and other in the eastern ghats in the  Karnataka, Andhra Pradesh and Tamilnadu  states. Even in the strong hold of Gujarat states it is very sparsely distributed and it is even rarer in the south. It presently qualifies as ""Vulnerable"" under IUCN red list. This tit favors acacia plants and in kutch Acacia trees are being cut at a rate of 100 per day to meet the local demand of homemade toothbrushes!!!

For me, even a small glimpse of the bird would have been a blessing and my yearning was growing more and more with each passing moment. As I was hell bent to observe the prince of the thorny  forest,  we decided to give it an honest try and ventured out on the second day of our stay. There are many patches of thorn forests neighbhouring this place.  Though we explored these forests for three arduous hours, we just weren't fortunate that day. We couldn't see any activity and there was no calls of the species either. Then we decided to devote some serious time to this Globally threatened beauty and as such returned the next day with energy doubly recharged. The whole day was spent in the endless sequence of driving, locating a patch of scrub forest, getting down for a thorny trek and trying to percieve even a faint call of the bird. The call of this bird is very melodious, comprising of short series of thin whistles preceded by a higher pitched note. It typically moves in a small foraging group consisting of 3 to 4 individuals.

Jugal Tiwariji who was guiding us that day, has done a monumental work on this species. He is also a joyful bundle of grit and enthusiasm. While we searched for this endemic beauty, we were being constantly regaled by his endless escapades of birding in Kutch. Finally, at around 3 PM, Jugal bhai became animated and gestured us to maintain silence. As we stationed ,we could hear a distinct call of this rare beauty and very soon three individuals flew into our vicinity.  They were expeditious in their movement from tree to tree and were exceedingly strenuous to capture in the frame. But it was a sensual bliss to observe these small wonders to my heart's extent.

However, the situation became tougher as we tried to take some shots. It was then that I realized why there weren't a lot of clean images of this bird. It is a very shy, agile and a rapidly moving bird and hardly accords any decent chance of shooting it. The thorny vegetation also compounds the problem of getting a clean shot. Our movements were also seriously hampered due to an omnipresent danger of getting injured by the thorns. We had to labour through a better part of four hours to record few pleasing images. I was a happy soul. At the end of the day, all the efforts, troubles and tiredness were blotted out from our memory, not to forget  a good number of thorn pricks!!!!!!!.


©Megh Roy Choudhury.  All rights reserved. No part of this blog may be reproduced, distributed, or transmitted in any form or by any means, including photocopying, recording, or other electronic or mechanical methods, without my prior written permission .
For permission/requests, contact: meghroychoudhury@gmail.com

Popular posts from this blog

The Jewel of the Western Ghats - Oriental Dwarf Kingfisher 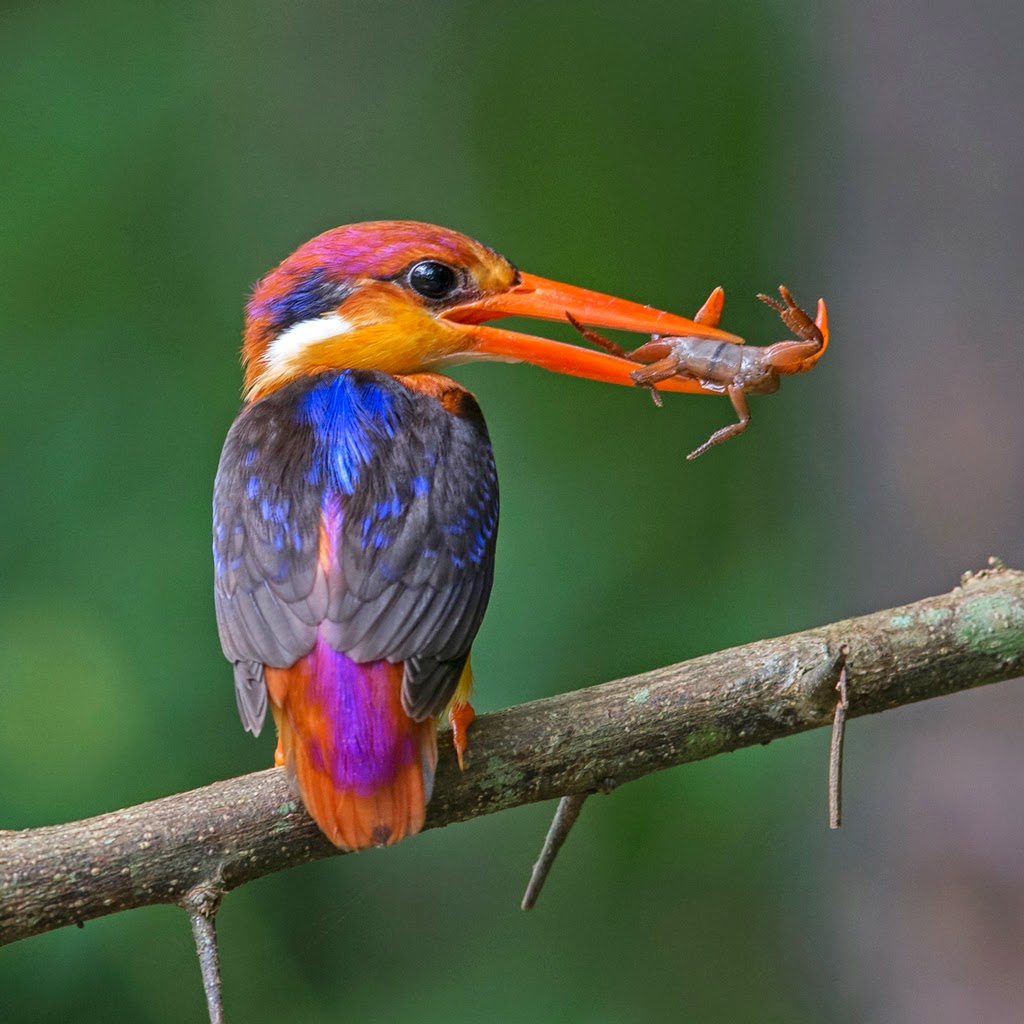 I wait!! I wait with a bated breath!! I sit like a monk, in absolute silence, ensconced in a dream world. The sound of rain surrounds me with a harmonic drumming. Pearly droplets bounce off my skin, as sparkly and effervescent as champagne bubbles. Silver trickles of water fall and run down on the shiny leaves, before lazily cascading down to mother earth. A heavenly earthen aroma fills the air, permeating deep into my senses. A surging stream gurgles joyously over the rocks before plunging into a small gorge. The lush green of the evergreen trees completes the fairy tale ambiance. The scenario is picture perfect for my long awaited rendezvous with one of the Almighty's most breathtaking creations!!!  As I pray for the heavenly out pour to show some mercy, the rain god relents and chords of soft light filters through the barely perceivable gaps in the dense canopy. A red and orange missile whizzes through the still air and drops anchor on a branch in front of me. For an in
Read more

Call of the Crested Bunting 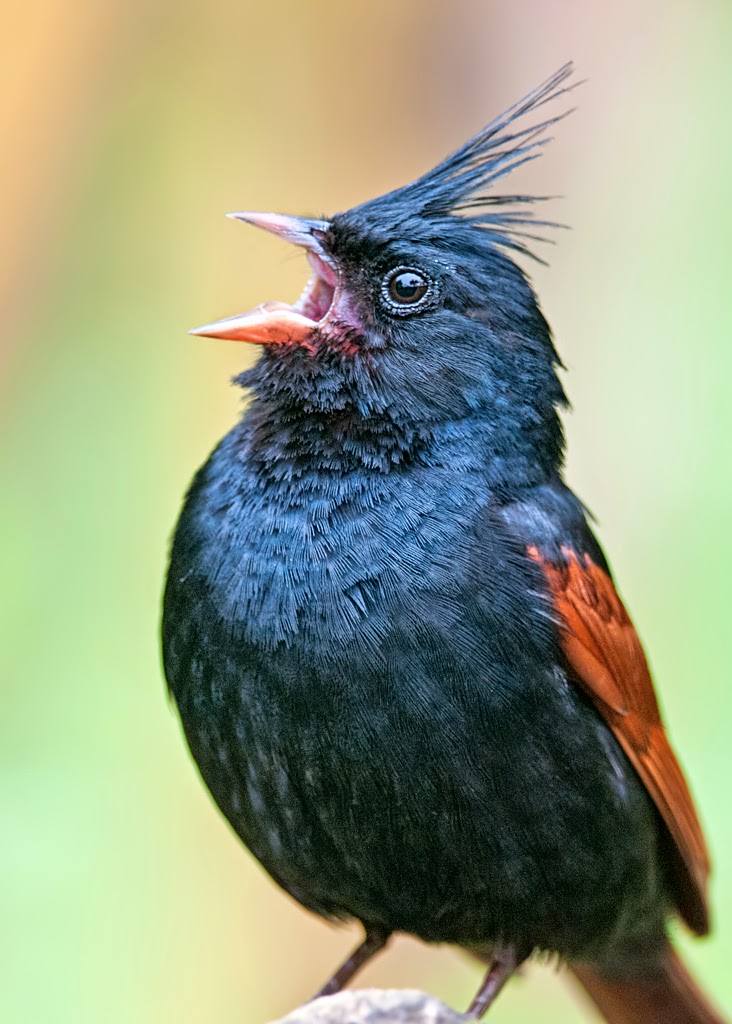 Every birder has a wish list or a "must-see in a lifetime" list.  Crested bunting is one bird which has caught my fancy and remained  high on my list. This beautiful bird has it's famous abode at  Sinhgad Fort, which is around 30 kms from Pune. It is imperative that you go to Sinhgad on a weekday, as it is a very scenic destination and hence is crowded during the weekends. Call of the Crested Bunting Male I don’t get good sleep whenever I know I will be birding the next morning.  I’m simply too excited. With the plans in place and all gears packed, I left my place at 5 30 AM. As we sped past a sleeping Pune city, Khadakvasla dam with it’s breathtaking and scenic beauty, beckoned us. As we drove through the meandering path along this huge water body, I just couldn't help but fill myself with breaths of pure and pristine air. Soon we could see the azure hills in front of us with the tops capped with soaring clouds. As Pune had received a fair bit of monsoo
Read more 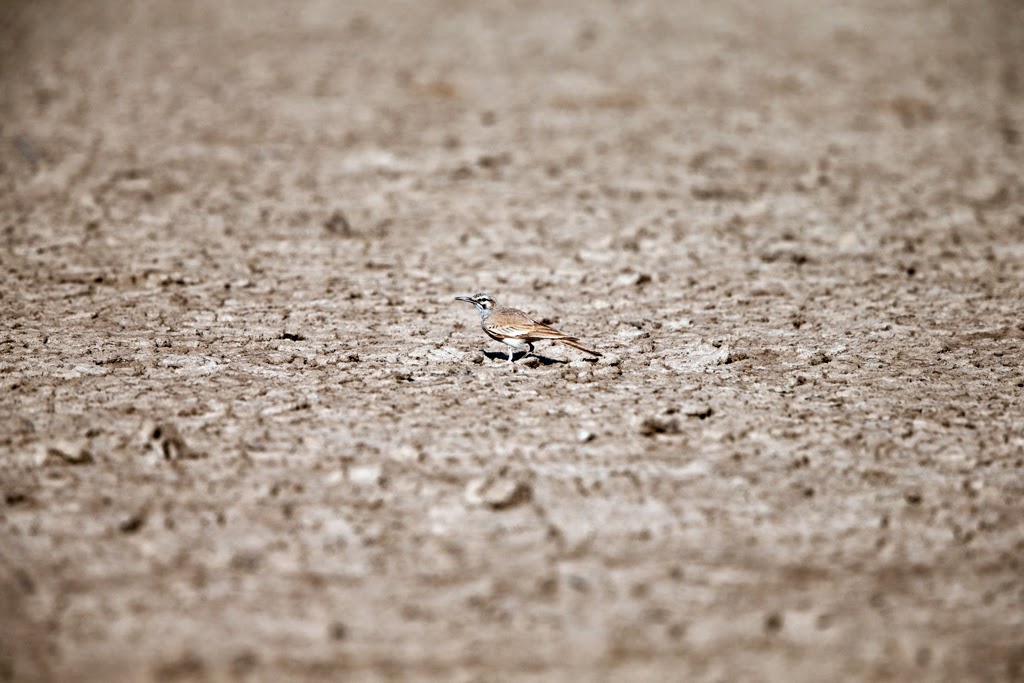